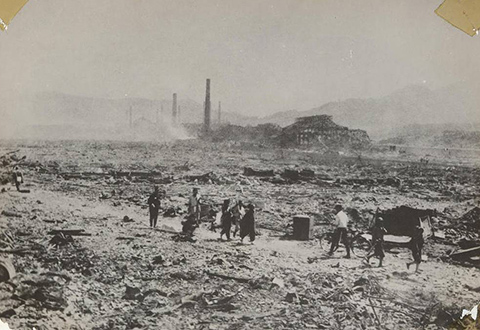 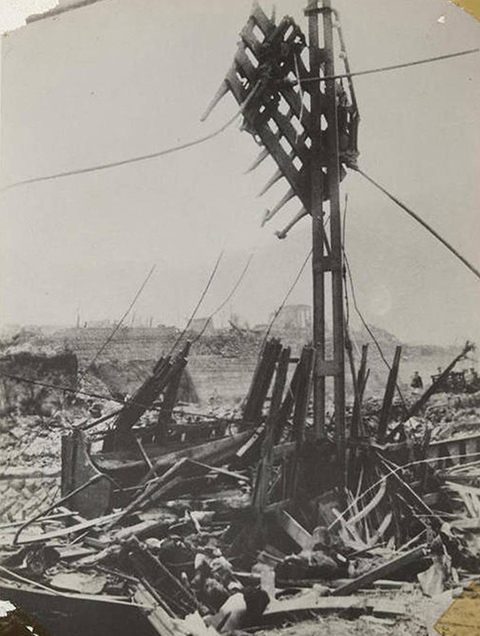 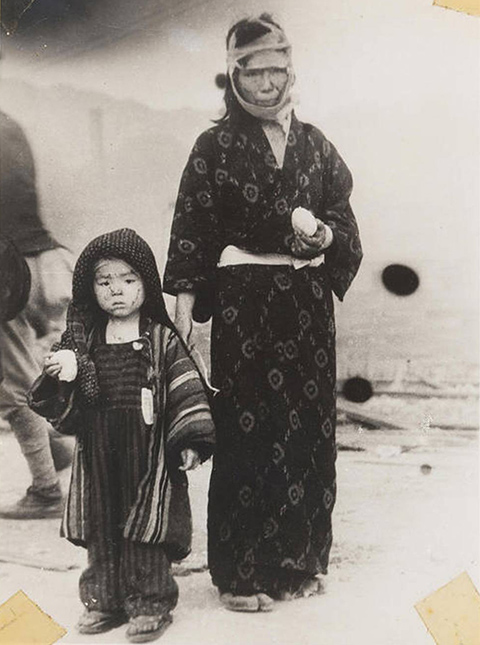 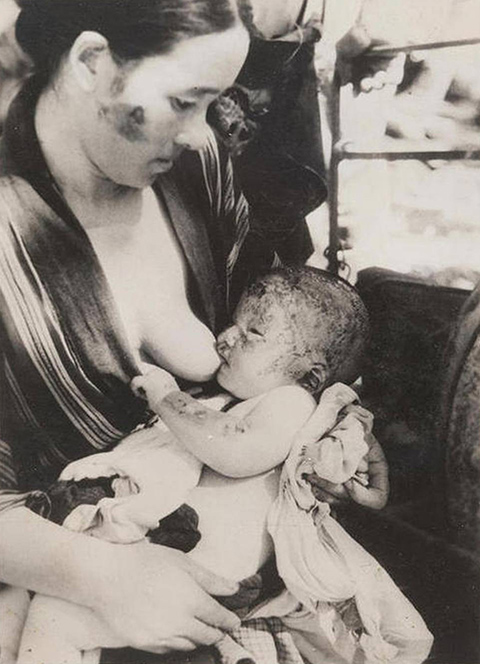 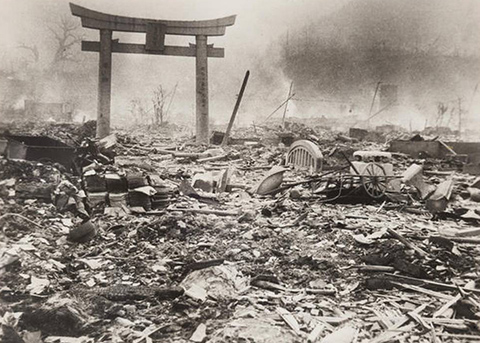 Japanese military photographer Yosuke Yamahata took this inedited pictures on 10 August 1945, one day after the Americans dropped the atomic bomb on Nagasaki.

Telephone and telegraph services were suspended; the teams could not contact the outside world for help. It was truly a hell on earth. Those who had just barely survived the intense radiation-their eyes burned and their exposed skin scalded-wandered around aimlessly with only sticks to lean on, waiting for relief.

In 1966 photographer Yamahata died from cancer caused presumably by his exposure to radiation. The shots were extrapolated from the original negatives of his defective camera.

Extended story on The Independent.