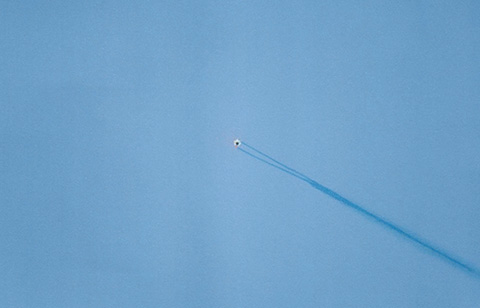 Video for A Pearl by Mitski from the album Be The Cowboy.

This music video was initially created on the computer using several pieces of 3D animation software. After the digital version was finalized, all 1,480 frames of the video were then individually printed using ink jet printers. Once an image was printed, it was then painted, drawn, and illustrated on top of using traditional animation techniques. Lastly, the newly illustrated frames were scanned back into the computer and sequenced into the final film.