He Built This Alfa Romeo Giulia, It Built His Career 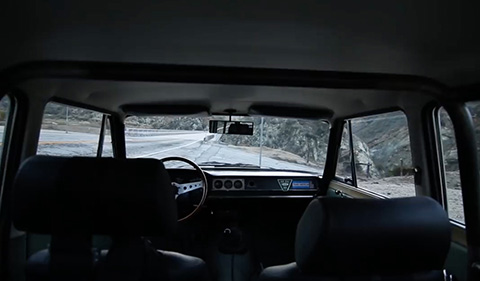 Most people use their job as a way to get a car. Dorian Valenzuela, however, is not most people: he used his 1970 Alfa Romeo Giulia 1300 Ti to land a job, in this case at Singer Vehicle Design, where he helps create that company’s bespoke Porsche 911s.

Nor did Valenzuela follow the typical path to a career in the automotive world. While still in university–where he was studying transportation in the hope of one day working on a race team–he applied for an internship at NASA and eventually landed a position at the Jet Propulsion Laboratory. Valenzuela would go on to spend more than ten years in the aerospace industry and some of his work, in the form of the Mars rovers, can now be seen roaming around that red planet.

Always a car enthusiast, Valenzuela spent his evenings and weekends at home wrenching on his Alfa and Porsche 964. One day, needing parts for the Porsche, he responded to an advertisement and found himself walking into the Singer shop, just outside of Los Angeles. The clean, classic builds and attention to detail in the Singer cars immediately resonated with him, as he shared similar goals for his Alfa. Once the folks at Singer got a look at that Alfa, they agreed. Valenzuela soon found himself changing careers, moving from the space age to the world of vintage (or, at least, vintage-looking) cars.

Given the time he’s invested in the car and the doors it has opened for him, it’s hardly surprising that this Alfa Romeo has a special place in Valenzuela’s heart. Indeed, as Valenzuela puts it, the car is an extension of him and while he doesn’t consider himself an artist, this car is absolutely a work of art.