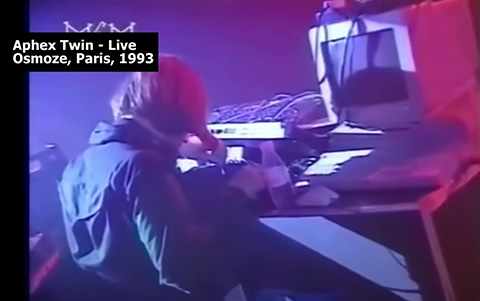 For most of the 90s, Aphex Twin ran counter to what was happening in mainstream dance music. He was messing with low-key ambience during the forceful Eurodance of “Rhythm is a Dancer.” Moved to harsh industrial noise as Europe was smitten by the dreamy trance of Robert Miles’ “Children.” And when Prodigy and Chemical Brothers ruled the roost, Aphex Twin was attempting to rupture drum and bass with rapid stuttered software-programmed beats.

The Aphex Twin story is similarly antagonistic, filled with fabrication, half-truths and provocation pried from the man himself. Did he own a tank, live in a bank and do a DJ set using solely sandpaper and a food mixer? Quite possibly, but picking through everything he’s said for the presence of truth is a foolish exercise. The legend is more fun than the bedroom-based music geek reality. This is New British Canon and this is the story of “Windowlicker.”