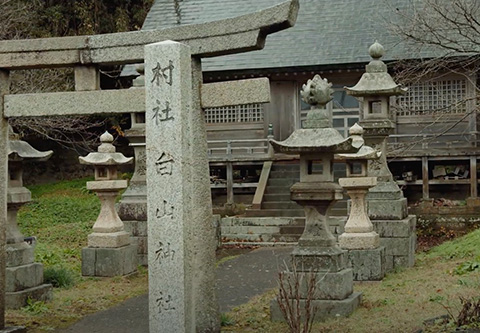 Shukunegi is the name of the town at the southernmost tip of Sado City, Niigata Prefecture. It is a port town that developed as a port of kitamae-bune (cargo ships that sailed the Japan Sea during the Edo period) . This town reached its heyday from the late Edo period to the early Meiji period. In 2017, the rows of houses in Shukunegi are designated as a National Important Preservation Area for Traditional Buildings and Architecture.