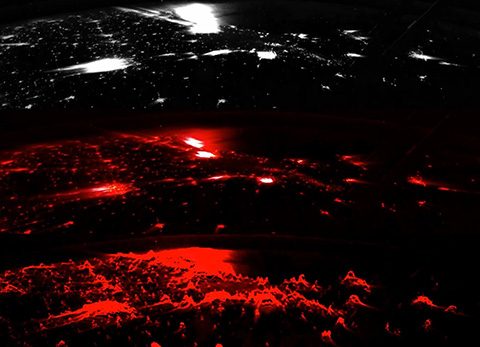 Joëlle was commissioned by MIRA Festival to create a unique visual performance for Andy Stott’s first live show in Barcelona since releasing “Faith in Strangers”.

The show concept is loosely formed around feelings of despair and the sense of a broken world. I wanted to represent the view of earth in a distorted and deformed way which was still beautiful.
There are themes of insignificance and fragility and an element of things breaking down and building up again.
But there is also an element of hope, transformation and faith in humanity.